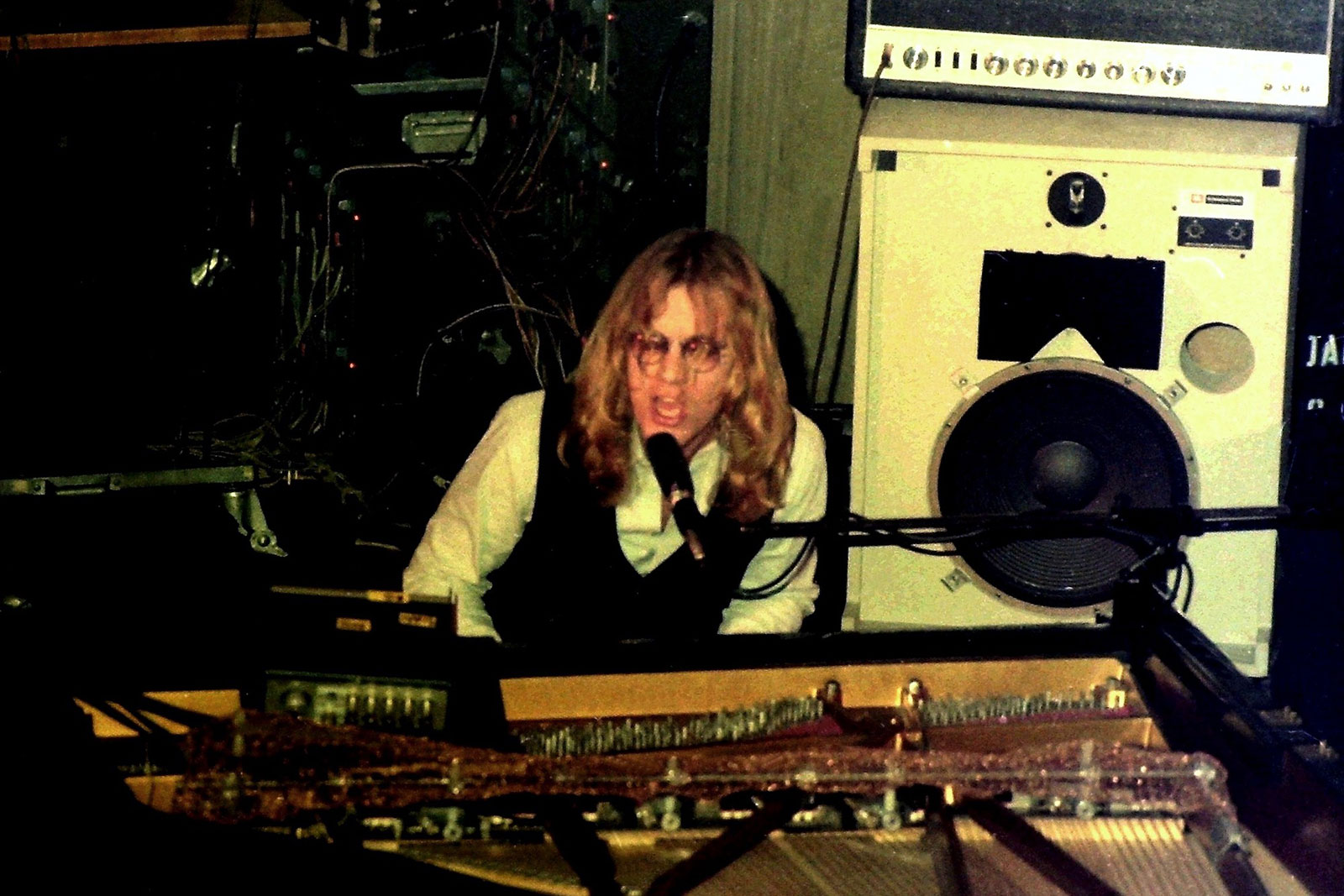 Seventeen years after Grammy Award-winning musician Warren Zevon’s death from pleural mesothelioma, his legacy lives on through the advocacy work of his son, Jordan.

More than 40 years ago, Jordan Zevon’s love of music began in the living room of his childhood home with his mother and a record player. Jordan, just a child at the time, was introduced to music by his mother, Marilyn “Tule” Livingston Dillow. She spent hours sharing her favorite memories with him while classics like Joni Mitchell’s “Court and Spark” and The Rolling Stones’ “Black and Blue” played in the background. Dillow encouraged Jordan to explore his passion for music by listening to as many artists as he could, acknowledging the genius of their work. It was a lesson that extended even to his father, Warren Zevon, and his song “The French Inhaler,” written in retaliation against Dillow.

Jordan was raised by his mother in southern California following her divorce from his father when Jordan was three years old. It wasn’t until Jordan turned 13—when Warren got sober—that he began to enjoy a closer relationship with his dad, a relationship that would extend well into Jordan’s adult life. Warren’s matter-of-fact, gritty and humorous personality was contagious. Whether the pair had lunch on Sunset Boulevard or watched a movie at the theater, Jordan recalls multiple occasions when spending time with his father made for an unconventional yet amusing experience.

Fans knew Warren Zevon as the larger-than-life folk rock musician who rubbed shoulders with industry powerhouses like Bruce Springsteen and had hits including “Werewolves of London” and “Lawyers, Guns and Money.” For Jordan, Warren was just his dad, and the lessons his father taught him were etched into his memory. With time, the relationship they
shared evolved and the two became best friends.

Like his father, Jordan’s involvement in the music industry was anything but linear. During high school, he was a vocalist and drummer for The Originals, a rock band he created with his friends. The band changed its name to The Imposters, and they continued to play at bars, lounges and clubs in Los Angeles. Eventually he left the band to join Arista Records as the coordinator of West Coast tour press which allowed him to work with artists like Sarah McLachlan, Notorious B.I.G. and OutKast as well as legendary label executives like Clive Davis and Sean “Puffy” Combs. In 1996, Jordan teamed up with a couple of his friends—Director Gil Cates Jr. and musician Jordan Summers—to form Trademark Entertainment. Together, the group produced an award-winning short film titled “Screening.”

In 2002, Jordan and his family received devastating news: Warren was diagnosed with pleural mesothelioma at just 55 years old. Though it’s not clear how Warren was exposed to asbestos, Jordan believes it occurred when he played in the attic of his father’s carpet store. “I describe it to people as literally, the world felt like it looked a little different,” Jordan says.
“He called me at work and told me the diagnosis. It sounds kind of corny but it was like everything, color and perspective, shifted a little bit. I realized that the world became different.”

Pleural mesothelioma is an aggressive form of lung cancer that develops in the lining of the lungs due to asbestos exposure. Warren was expected to live for only a few months after his diagnosis. He opted to forgo chemotherapy, and instead poured the last of his energy into finishing his final album, “The Wind.” Jordan worked behind the scenes with his father on his last album securing clearances for musical artists like Bruce Springsteen, Bob Dylan, Tom Petty, and more who were featured on the record.

Jordan witnessed firsthand Warren’s battle with pleural mesothelioma. During Warren’s last Christmas, his team took a break from production on his album, giving Warren uninterrupted time to fully process his prognosis. Jordan recalls how his father’s spirit declined during the holidays as his music was no longer a welcomed distraction amid the break.

“I had to sit out in front of his door for a few hours until he finally opened the door,” Jordan admits. “People were bringing in groceries and they were bringing in booze, and he was just drinking the booze and not eating the groceries. He was all by himself in his apartment.” Jordan took pride in his ability to help his dad through his battle by remaining by his side and sharing in the unique humor that only the two of them had. “I kind of helped him have a better quality of life,” Jordan says. “Afterwards, he was able to finish the record.”

The album was completed in August 2003 along with an accompanying VH1 documentary. Warren outlived his doctor’s prognosis by nine months before passing away on Sept. 3, 2003, at the age of 56. Warren would go on to receive the Grammy Award for Best Contemporary Folk Album posthumously.

Using his father’s experience and legacy as fuel to move forward, Jordan continues to serve as an advocate for those who have been affected by asbestos-related cancers and illnesses.

When Jordan received the news of his father’s death, the overwhelming effect was immediate. “I just collapsed,” he admits. “I didn’t think it would happen. I thought I’d be ready for it. I just collapsed on the floor.”

But Jordan had little time to grieve the loss of his father before receiving news just three weeks later that his mother was diagnosed with inoperable breast cancer. Jordan again took a break from music to care for his mother as she underwent a series of intense chemotherapy and radiation treatments. After an arduous battle, Dillow passed away on Mar. 3, 2004. She was 58 years old.

After the death of his parents, Jordan returned to music. In 2004, a tribute album to his dad, “Enjoy Every Sandwich: The Songs of Warren Zevon,” was released. Jordan collaborated with several artists including Billy Bob Thornton, Bruce Springsteen, Bob Dylan, Jackson Browne, Don Henly and Jill Sobule to cover a selection of his father’s songs.

Impassioned by the experience of losing both of his parents, Jordan began writing new music. In 2005, he released his first self-titled EP in collaboration with two of his friends, a producer and a musician. Three years later, he released his first album, “Insides Out.” Jordan was invited to collaborate with executives from his father’s previous record label. “They asked me to do a love song for my dad,” Jordan says. The selected song, “Home,” was one of the most popular on his album.

In 2003, Linda Reinstein, co-founder of the Asbestos Disease Awareness Organization, asked Jordan to serve as the national spokesperson for the organization. The partnership began as a source of encouraging support for Jordan as he continued to grieve the death of his father and mother.

“Jordan is a really deep, tender, funny, talented man,” Reinstein says. “Jordan and I’ve grown up together for 17 years.” Jordan and Reinstein have formed a sibling-like bond over the years as they’ve fought to eliminate asbestos exposure. The two have relied heavily on one another for support and friendship, a joy that family, friends and supporters have witnessed. “I mean, it really has become a family at this point,” Reinstein adds.

As the national spokesperson for the ADAO, Jordan is dedicated to raising
awareness about the dangers of asbestos exposure. He’s visited Washington, D.C. on numerous occasions to attend joint meetings between the ADAO, Congress, and administration staff. He’s a strong supporter of the Alan Reinstein Ban Asbestos Now Act of 2019, a bill that prohibits the manufacturing, processing and distribution of any mixture or article containing asbestos. In 2019, he marched with other ADAO leaders at the first March for Justice and Remembrance in Washington, D.C. Jordan connects with members inside and outside of the organization by speaking candidly about his experiences and performing the songs he loves.

Using his father’s experience and legacy as fuel to move forward, Jordan continues to serve as an advocate for those who have been affected by asbestos-related cancers and illnesses. His work with the ADAO has been life-changing, and to him the work is personal. “Hopefully, we’re all gonna get through what we’re going through now [COVID-19], and we can get back on track,” Jordan says. “Hopefully, we’ll get some people in higher places that, you know, actually take this seriously and realize that that asbestos needs to be banned.”

What began as a complex relationship between Jordan and his father evolved into an intricate bond that only the pair shared. From the death of his father came the opportunity for Jordan to honor his legacy and their friendship through passionate advocacy and selfless hard work. It’s a priceless example that Jordan’s daughter, Willow, witnesses firsthand. For Jordan, the goal is to inspire her to find something she’s passionate about just like her grandmother and grandfather encouraged him to do years ago.