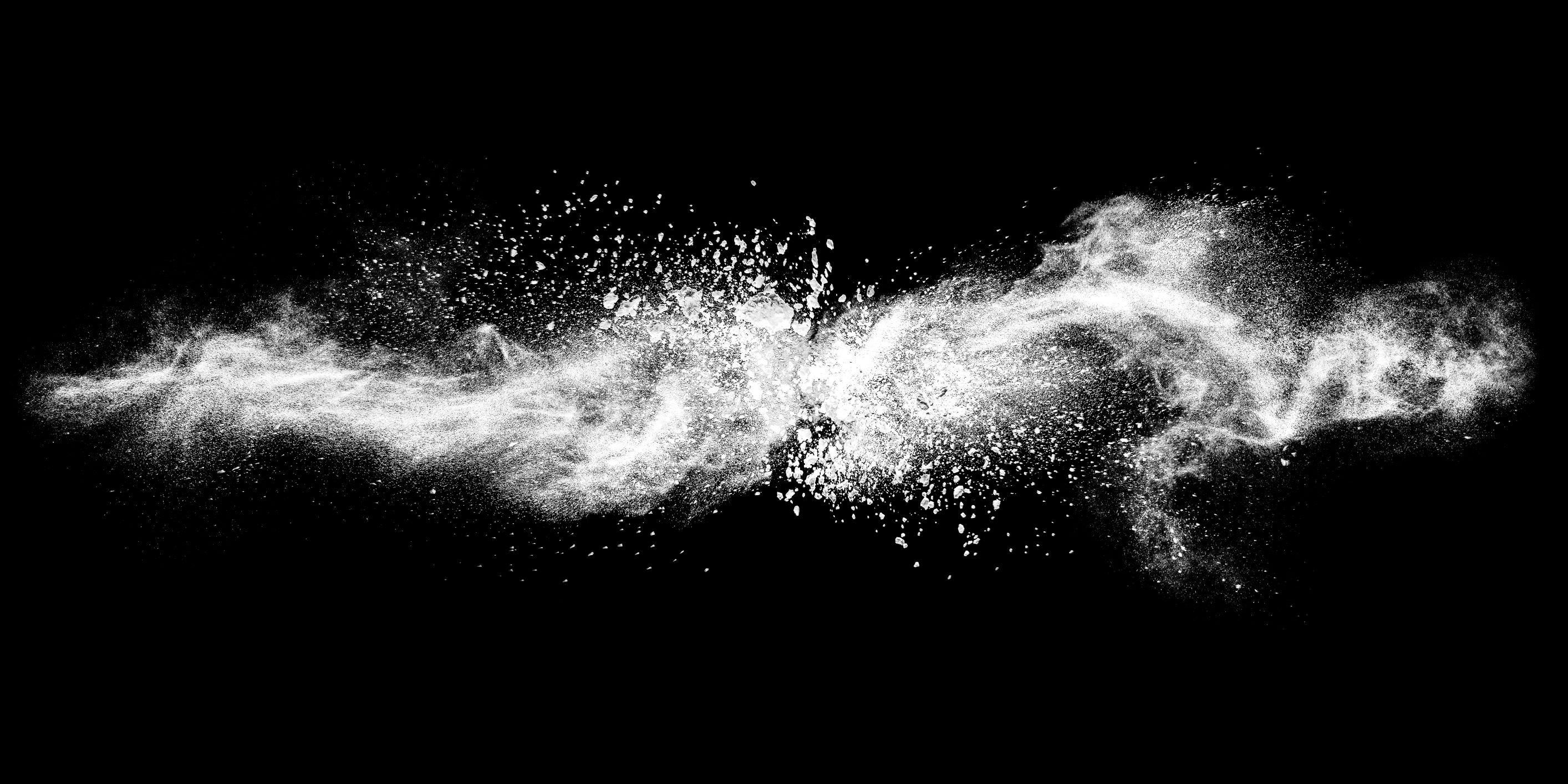 As the demand for clean beauty products grows, researchers are questioning the safety of talc.

Cancer may have an accomplice hidden in makeup bags and medicine cabinets: talc. This white powder—often referred to as the softest material on earth—could be the secret ingredient contributing to cancer in countless Americans. Studies funded by the National Institutes of Health and other organizations link the substance to increased risk of mesothelioma, breast cancer, and ovarian cancer. It’s troubling news, as talc is common in thousands of daily-use products, most notably baby powder (also referred to as talcum powder when made with talc), which adults often use on themselves and their children. Now, activists like the Environmental Working Group (EWG) are fighting back against a cosmetics industry they say is far too unregulated.

“In reality, the massive, multibillion-dollar cosmetics industry is one of the least regulated consumer product sectors today,” says Janet Nudelman, director of program and policy at Breast Cancer Prevention Partners (BCPP). “Due to gaping holes in federal law, it is perfectly legal for cosmetics companies to use unlimited amounts of virtually any ingredient without FDA, premarket safety testing or review in a cosmetic product,” she adds. The organization’s Campaign for Safe Cosmetics, which began in 2004, aims to “prevent breast cancer before it begins,” by putting a stop to the use of carcinogenic ingredients including mercury, formaldehyde, parabens, lead, and talc.

Talc prevents caking, softens products, and absorbs moisture which can cause friction and chafing. This mattifying quality makes talc a popular choice in the beauty and personal care industries, which often use the mineral in everything from eyeshadow and blush to deodorant and dry shampoo. However, recent studies from epidemiology departments at Harvard, the University of Virginia, and the Rutgers Cancer Institute of New Jersey, among others, are connecting talcum powder to an increased risk of ovarian cancer. These reports are sending ripples of concern through product-safety and circles like the BCPP and talc-free cosmetics companies such as Cover FX. Activists like the EWG and natural beauty companies like Beautycounter have taken action over their concerns, fighting against decades-old regulations they say do nothing to protect consumers.

Talc can naturally occur in the same environments as asbestos, a lethal mineral group linked to mesothelioma. Mining operations for both substances risk cross-contamination, as both talc and asbestos are fine, friable materials which easily crumble into dust and can commingle across mining sites. Makeup users face an increased risk of exposure through product application of powders, which are potentially asbestos-contaminated talc products. A closer look at ingredients lists reveals talc in many products on shelves today, like dry shampoo, highlighter, foundation, blush, and deodorant. In 2018, two children’s retail chains—Claire’s and Justice—faced lawsuits after lab testing discovered asbestos in a variety of makeup products marketed at children, including eyeshadow and shimmer body powder. Both companies removed these products from the market, but concerns over contaminated talc remain.

In reality, the massive, multibillion-dollar cosmetics industry is one of the least regulated consumer product sectors today.

In July 2018, a St. Louis jury ordered Johnson & Johnson to pay $4.69 billion in punitive damages to 22 women and families who claimed that asbestos in the company’s powder products caused their ovarian cancer. In December 2018, with J&J facing thousands of lawsuits, Reuters published damning documents that revealed J&J’s knowledge of asbestos contamination since 1971. The bombshell discovery revealed that the company’s talc had tested positive for asbestos from at least 1971 to the early 2000s, and that company officials failed to publicly disclose test results despite discussing the problem in internal memos. The company’s baby powder has been a household staple for decades, and many Americans continue to use it well into adulthood. African-American women and children are disproportionately affected by this danger, as they are more likely to use baby powder into adulthood as part of a feminine hygiene routine; this is supported by a 2015 case-control study which found that 44 percent of black women use baby powder in this way. Only 30 percent of white women were found to regularly incorporate pelvic use of talc into their routine. A 2016 case-control study led by Joellen Schildkraut found a significant association between powder use and epithelial ovarian cancer. The study’s subjects, 584 cases 745 controls, were enrolled in the African-American Cancer Epidemiology Study, an ongoing study of African-American women in 11 locations across the United States.

Some researchers like Schildkraut are concerned pelvic use of talcum powder causes higher rates of ovarian cancer. An article from a 1968 issue of the journal American Industrial Hygiene Association noted asbestos contamination in talc and suggested a link with ovarian cancer. A 1982 case-control study funded by the National Institutes of Health was the first to link pelvic talc use with the disease. In 2015, a Boston group comprised of researchers from Brigham and Women’s Hospital, Harvard School of Public Health, and the Geisel School of Medicine at Dartmouth examined 2,041 women with epithelial ovarian cancer and discovered “talc used regularly in the genital area was associated with a 33% increase in ovarian cancer risk overall.” A 2018 meta-analysis by researchers at the University of Sydney also found a consistent association between perineal talc use and ovarian cancer. In reality, the massive, multibillion-dollar cosmetics industry is one of the least regulated consumer product sectors today.

The FDA surveyed four talc suppliers—Rio Tinto PLC/Luzenac America Inc., Presperse Corp., Sensient Technologies Corp., and Brenntag Specialties Inc.—from 2009 to 2010 in response to early concerns, but did not find asbestos contamination. However, the FDA continues to monitor reports of contamination. Skin Deep, a cosmetics safety initiative from the EWG which began in 2004, lists talc concern levels at high for asbestos contamination and moderate for organ system toxicity. But talc isn’t the only potentially dangerous ingredient lurking in beauty products. Skin Deep also notes that “the National Toxicology Panel demonstrated that cosmetic-grade talc free of asbestos is a form of magnesium silicate that also can be toxic and carcinogenic.”

Evidence of parabens, a class of chemical preservatives commonly used in cosmetics, has been found in breast cancer tumors. Heavy metals like arsenic and mercury can be found in lipstick, toothpaste, and eyeliner. Unlike most consumer industries, cosmetics companies operate with almost nonexistent regulation, activists say. It has been 80 years since the passage of the Federal Food, Drug, and Cosmetic Act in 1938, which imposed guidelines for product safety. Under the act, companies are not required to secure FDA approval of the ingredients they use, with the exception of color additives. These stipulations remain in place today. The FDA does not mandate specific safety tests for these ingredients, and cosmetics companies are not required to share their findings with them.

In the time since its passage, these loose guidelines mean cosmetics companies have not faced rigorous reporting guidelines regarding the safety of individual ingredients. Instead, the system remains largely self-reported, leaving these companies unchecked in their production choices.

Since 1938, the FDA has only banned around 30 chemical ingredients from use in cosmetics. By contrast, the European Union has banned more than 1,300 chemicals, including talc, formaldehyde, phthalates, and petroleum (which is sometimes listed as mineral oil). The EU also implemented mandatory premarket safety testing. The discrepancy between U.S. and European regulations is staggering proof of how much work remains to be done.

“Cosmetics companies and fragrance suppliers can and do use chemicals linked to cancer, birth defects, endocrine disruption, learning disabilities, and reproductive harm […] because there is no law telling them they can’t,” Nudelman says.

Find Your Joy and Go There

Groups like the BCPP and EWG are alarmed by the neglect, and celebrities like Emma Watson, Gwyneth Paltrow, and Jessica Alba promote the use of “clean” beauty products. Clean beauty is more popular than ever. Companies like Credo Beauty, Drunk Elephant, and Herbivore Botanicals built their brands on the idea of nontoxic products, and the demand is only growing as consumers push back against the industry. In April 2018, reality TV star Kourtney Kardashian teamed up with the EWG to address Congress and discuss reforms of these outdated guidelines. “Right now, we can’t even buy the personal care products our families need without worrying about them containing harmful chemicals. You shouldn’t have to do all of the research when it comes to making sure your family’s products are free of toxic ingredients,” Kardashian said in a November 2018 Instagram post.

Cosmetics companies and fragrance suppliers can and do use chemicals linked to cancer, birth defects, endocrine disruption, learning disabilities, and reproductive harm […] because there is no law telling them they can’t.

That research can be a heavy burden. The EWG estimates American adults use an average of nine personal care products each day with 126 chemical ingredients. For 25 percent of women, that estimate jumps to at least 15 products per day. Such heavy usage accumulates over time, leading to higher rates of exposure to carcinogenic ingredients.

As concern regarding FDA regulations grows, so does the sense of urgency to pass new legislation. In September 2018, Rep. Janice Schakowsky of Illinois introduced the Safe Cosmetics and Personal Care Products Act of 2018, which would give the FDA’s Office of Cosmetics and Colors the statutory authority and resources to ensure product safety. The act would place an immediate ban on certain chemicals, including lead compounds, parabens, and benzophenones, among others. It would also require full ingredient disclosure, the creation of a safety standard, and premarket safety assessments. The bill remains under review, and groups like the BCPP hope a change is on the horizon for safer products.

Since 2007, natural and organic products have represented the fastest growing part of the beauty industry. Consumers are increasingly concerned with the quality of their personal care products, and companies like Goop, the Honest Company, and RMS Beauty specifically corner the natural beauty market. In their 2018 Future of Beauty report, global data analytics giant Nielsen found that natural personal care products made up 3.1 percent of the U.S. market, generating $1.3 billion in sales in 2017, up from $230 million in 2013. Beauty product sales are growing even faster, and Grand View Research predicts a global organic personal care market of $25.11 billion by the year 2025. Even industry giants like Revlon and Avon have started axing notoriously toxic ingredients, suggesting this movement is a revolution.

“I look forward to a future where elected officials prioritize the protection of public health over protecting the profits of multibillion-dollar companies, and where companies get on the right side of the safe cosmetics issue,” says Nudelman. “It’s simply the right thing to do.”