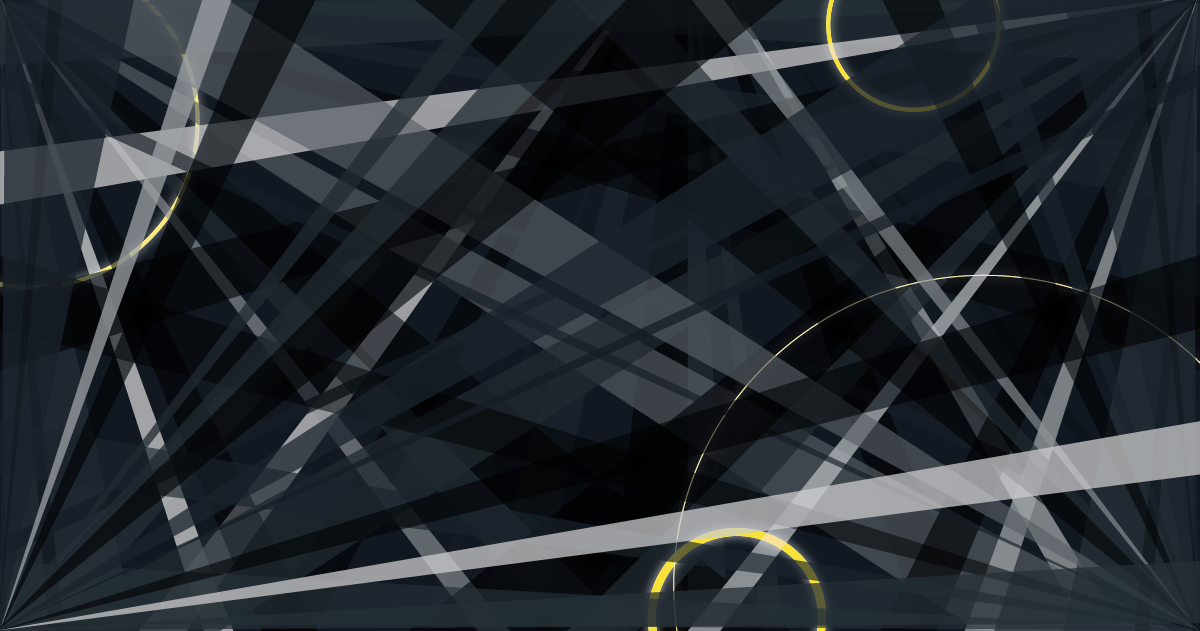 Just keep moving,” said the voice in my head.

It was a sunny morning last spring on East 42nd Street, as I walked from the subway to the MRI place on First Avenue. It seemed to me that in the absence of a hat, sunblock, sun-protective clothing, or even sunglasses, I could at least not make myself an immobile target of the evil ultraviolet—as though solar rays could sense my movement or lack thereof. It was an even less effective tactic than what I say, jokingly, whenever I see a vulture circling overhead: “Look alive!”

I lay motionless inside the MRI tube for thirty minutes to find out whether any new melanoma tumors had appeared in my brain and to make sure the old ones did not decide to start growing again. This moment is life at stage IV, although my staging carries a qualifier: Stage IV, no active disease. During my MRI, I asked to listen to samba.

Childhood sun exposure” was the cause the surgeon tossed out casually in my pre-op visit.

This simple phrase encapsulated time and space into a pathology. It rewrote all the summers of my childhood into a grim game of Clue, where the weapon never changed, only the locations: Bethany. Ocean City. Mar del Plata. Caesarea. My neighborhood swim club. The backyard on a folding plastic lounger. Beach Week after high school graduation (I tried pot there, but the sun was the more harmful substance). I wore no sunscreen, or else perfunctory Coppertone from a bottle possibly several years expired.

Since my initial encounter, melanoma visited twice more. It left my skin alone but scattered its calling cards—metastatic tumors—first on my lungs, where they were treated with immunotherapy that eradicated the tumors but left me with a severe case of colitis. Then the tumors spread through my brain. The most recent episode, more than three years ago, found me with a three-centimeter tumor in the part of my brain that controls language. I woke up one day struggling to find words. As a writer, I took that personally.

My oncologist armed me with dusty-rose-colored pills—targeted therapy—and I have made it my job to take them exactly as directed. Every day, I read about people who have to abandon this therapy because it causes recurrent high fevers, or because their tumors stop responding to the drug. I have somehow avoided the fevers, and with the aid of gamma knife surgery, my tumors have shrunk enough to be considered inactive. My side effects have been well-managed and negligible. I am labeled a “super responder.” My neurosurgeon told me he stopped adding slides of my brain to his presentations because he now has too many images.

I have grown accustomed to living life from scan to scan, my lease renewed in four- to six-month increments.

In the past couple of years, I have shared my story with education campaigns surrounding metastatic melanoma. I have raised money for immunotherapy research, and I have kept a blog to make my treatment experience helpful to others. On social media, I sometimes stand on a soapbox to guilt friends into visiting a dermatologist, and I am thrilled to learn of every reported success. People tell me I am an inspiration to them on a regular basis.

What I do less frequently is preach principles of sun safety. That has been a battle I wage on the home front. I have browbeaten my children for years about wearing sunblock and hats, and they have never swum in any body of water without a shirt on. At the beach, we pitch a large sun tent. When the kids returned home from overnight camp last summer, slightly overcooked and with many unopened bottles of sunscreen, I did not take it well, and made sure the next summer would be different.

And yet, in spite of all this, my sun regimen routinely falls short of my lofty expectations for others. I take a hat along only when I am sure to be in the sun for an extended period, and then, because it is ill-fitting over my head of thick curly hair, I find my hat in my hand more often than on my head—as though it carries value as a talisman. Applying sunblock—something my children do not get to skip before they leave the house—is something I find annoying and inconvenient, and I often decide it is optional.

I now have a solid track record of good scans, but a refrain heard in finance also holds true here: “Past performance not an indicator of future outcomes.”

Melanoma can and does recur, even after decades of remission. I have grown accustomed to living life from scan-to-scan, and my lease renewed in four- to six-month increments. After decades with no progress in effective metastatic melanoma treatments, the past decade has brought tremendous innovation and success. My medical oncologist hinted, when my lung metastases showed up, that my timing was excellent, and that soon, metastatic melanoma may be considered more a condition to be managed than a terminal disease. I have even seen one instance of the “C” word—cure—used in a journal article about my disease.

I am least proud of my lack of precaution in the sun. It is proof positive that I am a hypocrite—a term my older son is now well aware of and which, especially at times of low blood sugar, he likes to weaponize. Once I became aware of my hypocrisy, I tried to locate its source. Have I decided to offer myself up as some sort of sacrifice, a negative example for others? Am I ignoring my dumb luck thus far in responding to treatment, behaving just as fatalistically as those people wearing scrubs you often see outside hospitals on a cigarette break? Some days, usually the most beautiful sunny days, the weight of my unwillingness to protect myself from the sun is too much to bear, and I have opted not to leave the house. Other days, I decided the odds were in my favor—or perhaps, the odds were so much not in my favor that my risky behavior carried no consequences. I have carried my failure to protect myself as a dark secret which, once revealed, will make all admiration of me evaporate.

I return to the phrase “childhood sun exposure.” It does not implicate me. Instead, it presents me as a victim of my childhood indiscretions with the sun, something for which no one could blame me. Once labeled a victim, I believed there was nothing further to do. This mindset is what made me face the sun with a shrug and barely enough protection—even as I harangued my family to do better.

I have carried my failure to protect myself as a dark secret which, once revealed, will make all admiration of me evaporate.

A few years after my initial diagnosis at age 41, I found an online support group I could tolerate, because the members cursed a lot and drank alcohol to cope. This group helped me realize a number of my co-sufferers had used tanning beds. I clicked on their photos. Many of them were female, many were very attractive, and at least one of them seemed to die weekly. I tried but could not prevent the calculus in my mind: Are they dying in larger or equal numbers, more quickly or slowly, more or less painfully, than people like me, who did this to ourselves in a different way? Is one like a pan sear and the other a char from the grill, with the outcome determining lifespan? I felt guilty for having these thoughts. I haven’t seen people with the “pink” type of cancer making these calculations. Perhaps they have their own set of obsessions.

I didn’t think much of it but dutifully went to see my dermatologist like always. He took a biopsy. Results were slow to arrive, but I remained unconcerned. Word got out to my family about it, though, and I fielded alarmed emails and phone calls from them for days. As I walked my younger son home from soccer late one afternoon, the call finally came. The results were not as binary as I had hoped: The growth was actinic keratosis, which is caused by UV exposure and which commonly appears on sun-exposed areas of the skin. It is benign but can be a precursor to squamous-cell carcinoma. I would need to let my leg heal, then return to have the rest of the growth frozen off with liquid nitrogen.

I found myself, five years into my journey with cancer, suddenly facing an urgent need for behavior modification that a person quicker on the uptake might have implemented much sooner. My dermatologist and my oncologist and everyone else took it as a given that I was careful in the sun—asking if I was careful in the sun, but not pressing the point. The fact was, I had not been, and I was lying to myself and them. With these new biopsy results, it felt like my shield of invincibility had been pierced—not by a malignancy, but by a skin growth regularly classified as “for beginners.”

If there is a chance changing my behavior in the sun can prevent future biopsies and anxiety, I can do better at protecting myself. I now have a new sun hat that fits my head. I now wear swim tights and a long-sleeved shirt when I swim. I have selected a sunscreen I don’t mind the feel of, and I try to apply it consistently before I leave the house. My family’s recent move out of the city finds me in the path of UV rays much more frequently, as I am behind the wheel more often, so I am looking into good ways to protect my arms and legs while driving.

I wasn’t lucky to get cancer, but I have been lucky thus far in my treatment. Rather than push my luck, though, I am taking steps to protect my skin from the sun in a more conscientious way. Sure, I can’t erase the effects of the sun from my childhood, but I can face up to the fact that, in spite of having once been at stage IV, I am currently alive and very healthy. With any luck, I will get a few more years of life. If that is the case, I need to accept that when it comes to my sun safety, I am, finally, all out of excuses.

Deborah Wassertzug is a writer, translator, and librarian who lives in the Washington, D.C., area. She was diagnosed with malignant melanoma in 2013, lung metastases of melanoma in 2014, and brain metastases in 2015. She has blogged about cancer and life at I’ll Live since 2014. She owes her life to the scientific advances of immunotherapy and targeted therapy—and to the wonderful doctors, nurse practitioners, and staff at the NYU Perlmutter Cancer Center.